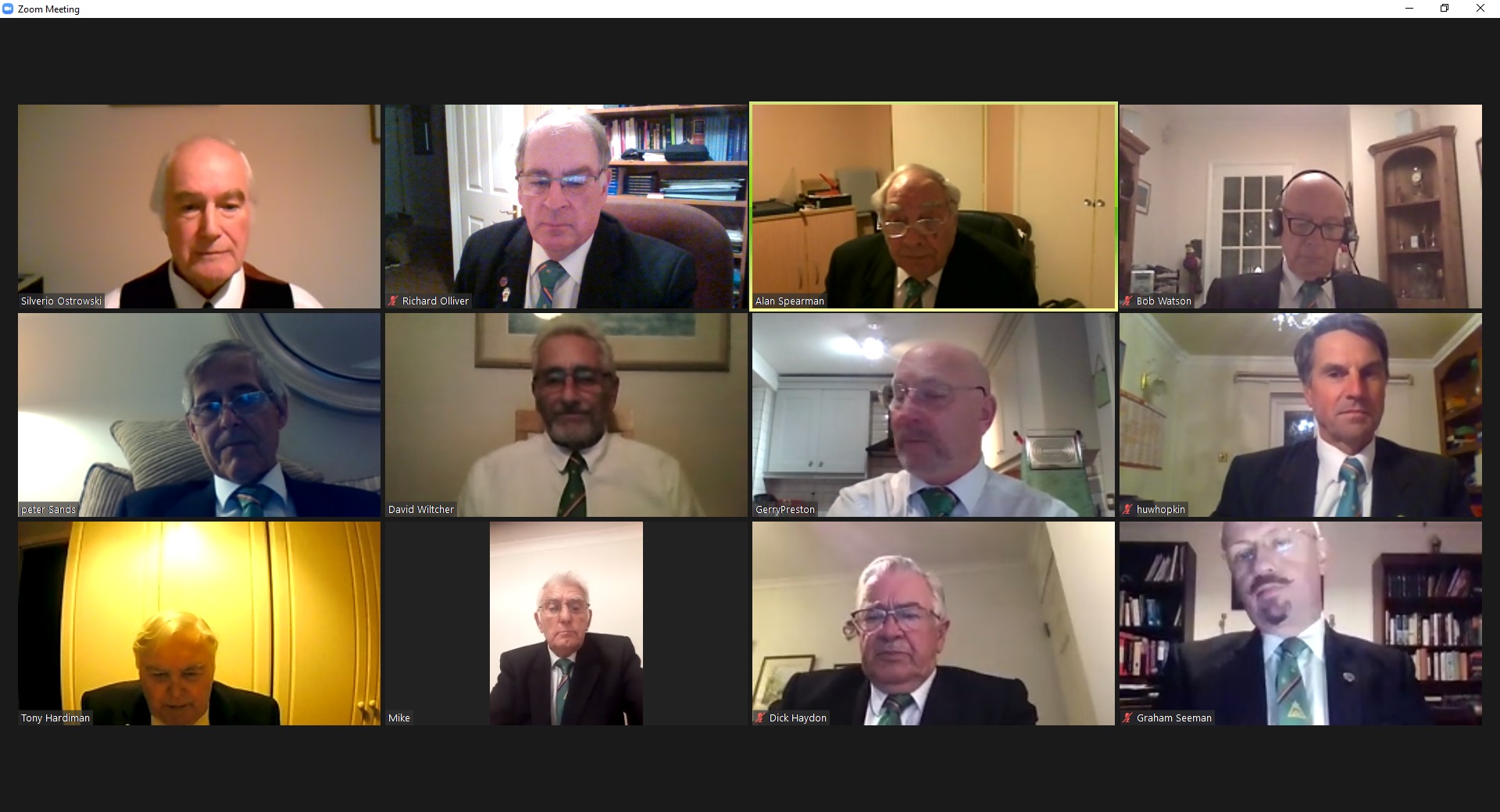 At 7pm on Monday 12th October 2020 Leopold Lodge of RAM No. 235 held a virtual business meeting at which there were 12 attendees. The Worshipful Commander, W.Bro. Tony Hardiman, R.A.M.G.R. declared the Lodge open, the dispensation was read and R.W.Bro. Peter Sands, P.P.G.M. presented a eulogy to R.W.Bro. Alan Frederick Brunning, P.P.G.M. The minutes of the last meeting were approved and apologies for this meeting given. A ballot was conducted for the Elevation of Bro. Michael Edward Newton which proved in favour, the Elevation ceremony to be conducted at a future meeting.
The Treasurer presented his reporrt, W.Bro. Tony Hardiman, R.A.M.G.R. was elected as Worshipful Commander for the ensuing year as was W.Bro. Richard Haydon, Prov.R.A.M.G.R. as Treasurer. W.Bro. Alan Spearman was proposed as the BeMBA representative as well as for the Wokingham Centre.
The Lodge was declared closed by the Worshipful Commander.